Alf Yngve's original masterpiece from the Shoot Em Up Destruction Set 3 gets a brand new, and pretty awesome sequel to its predecessor. ZAP FIGHT 2 is born.  Originally created back in 2012, using the Shoot 'Em Up Construction Kit. 5 years later, the game is reborn, through a brand new scrolling engine by Martin Piper and stunning enhancements by Richard Bayliss.  Zap Fight 2 consist of the following:

The alien empire from Planet XTro has launched an attack on planet Earth (Like they always did in this type of scenario). Enter a fearless fighter pilot, to defend the home planet - Erm, that is you in fact :) ...

Battle through enemy ridden landscapes and make a real mess out of the alien scum. Pick up power stars to gain power ups. Avoid shooting our medi-ships, or we will trigger a self destruct device on your ship. - Save our beloved planet!

This game works on PAL machines only. Not NTSC Compatible.

This game is free software. You are welcome to copy and release this production for free, but you are not allowed to sell it physically or digitally without permission.

Download and extract the zip archive to your chosen folder. Then transfer the game files to your micro SD-Card (or USB stick plugged in to your PC. Place in to the 1541Ultimate, or Ultimate 64 and select RUN DISK. (Or RUN TAPE).

theC64 mini users can also join in the fun, simply by running the .D64 or .TAP image from the USB menu. The game's folder also has a set .cjm file, in order to set the screen vertical position to make the score panel visible and also enable true drive mode for the IRQ disk loader to work. 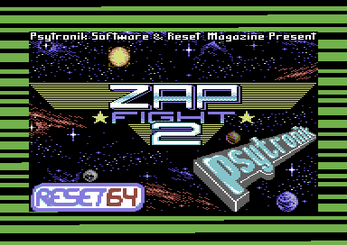 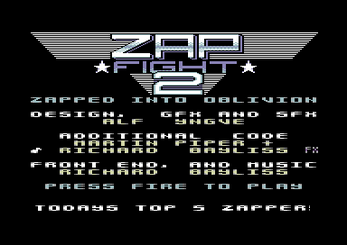 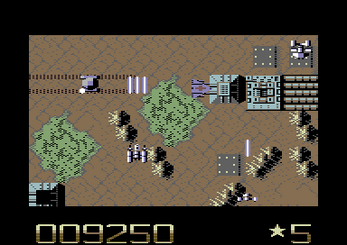 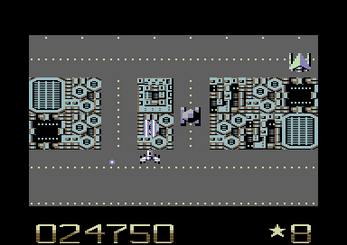 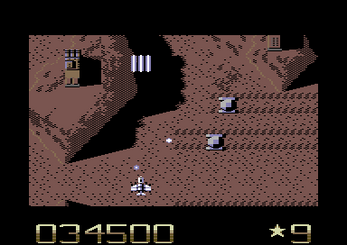 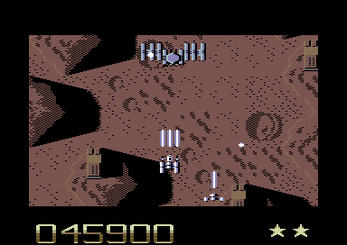 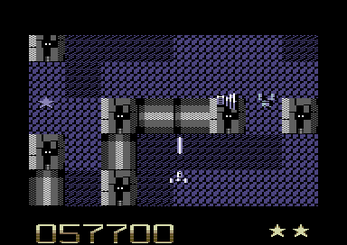