This game was not created using the Shoot Em Up Construction Kit.

From the team that brought you X-Force, by Psytronik Software. TND Games is very proud to present to you BLASTOPIA DX. A deluxe edition of the original ASSEMBLE IT tutorial game for your COMMODORE 64. This game has been launched exclusively as an entry for the RGCD 16KB Cartridge Dev Compo 2019. BLASTOPIA DX is a fast paced horizontal scrolling blaster, which features the following:

It is the year 2092. Sightings of an alien ship was discovered. Scientists set their communication satellites to welcome the alien kind and offered to trade with the aliens. Unfortunately,  humans and aliens didn't understand each other, so the aliens hovered down and captured camels from zoos and farms around the world. Then they fled into different planets. Luckily, scientists were watching. Unfortunately, you have been chosen by the Inter Space Rescue (ISR) authority to set off into deep space and enter each of the 8 alien planets on a rescue and destroy mission.

Your mission is to send your mega power blaster ship, Blastopia and try to destroy the planets. I order to do this, you must battle against a complete fleet of assorted aliens. Each alien can be destroyed with one hit of your lasers. The faster aliens shot will result in more points for you.  For every complete fleet of aliens hit, a camel will appear and start falling. Pick the camel up, and you will add one camel to the quota. If you fail rescue it,  you still can keep on shooting the fleet of aliens until you have enough camels.

Once you have rescued all of the camels you required, you will be prompted to make a safe landing. After you successfully land on to the landing pad,. You will  destroy the alien world and then be awarded a bonus, according to your shield count.

Do not crash into any aliens or scrolling background or get frazzled by the laser gates - otherwise you could end up draining your shield quickly. Once the shield is zeroed, your ship will self-destruct. You will only have 3 lives. Bonus lives will be awarded for every level that has been completed. You will need those, as each stage will eventually become more tougher and possibly insane.

Can you rescue enough camels, land safely and destroy all of the alien planets or will death become a fate for you?

Graphics and design by
SAUL CROSS

Simply download the .zip archive. Unzip it with a Windows Zip application and install the game files to your PC, and then copy the desired programs to an SD-CARD or USB or run in VICE or equivalent. No particular settings are required if running on theC64 mini, Ultimate 64, 1541Ultimate 2 or other hardware devices plugged to your C64. SDIEC users - use either the PRG or the D64 version. TAP version is for tape loader fans :)

When you run the program on your C64 a black screen with a white char will cycle. This is where the program is unpacking and will take a little while to extract and run the game. 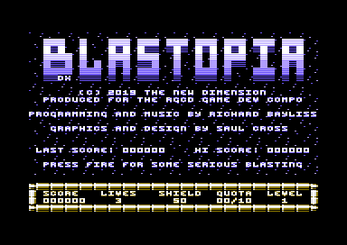 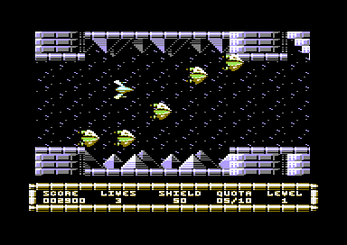 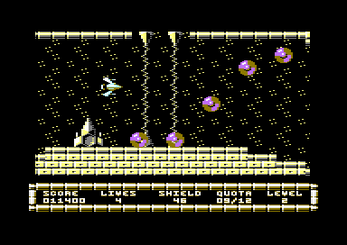 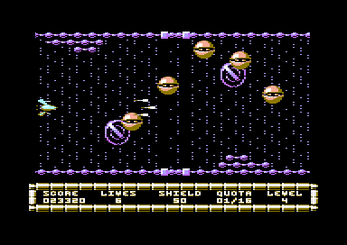