The game will first be launched on the Zzap! 64 Micro Action covermount, (Issue 11 November/December 2022) and then a free download and web player version of the game will be available from 25th December 2022.

Due to the size of the program, this game uses a multi-load system on both D64 and TAP versions. However, you can always continue playing the game if you have any continues available during play.

A giant asteroid was heading towards planet earth. During that event, a special rescue operation was taking place. The Interspace Legion has transported good people to the neighboring planet “Mars”. People were able to live there as a temporary settlement until a new suitable planet was found. The remaining people, the bad people were all left to perish back on Earth. They were being punished for the crimes they committed towards humanity, the environment and animal cruelty. After the asteroid impact, Earth was now deemed to be uninhabitable.

Inside a Space Lab down on mars, Scientists made an amazing discovery, a brand new green and blue planet. Intrigued to find out more about the planet, the scientists sent out a drone. It was discovered that the planet contained oxygen, gas and water and was a perfect match for humanity to evolve even further. The planet was named EarthX (Earth 10)

The Interspace Legion trained many pilots and sent them to transport people from “Mars” to “EarthX” (Earth 10) via Cruiser-X starships. The special operation was becoming successful. That was until the ships were on their way back to Mars. Fleets of alien bases mysteriously appeared, and then shot the Interspace Legion’s Cruiser-X ships down.

Nobody survived, except for you, the pilot of Cruiser-X 79. Instead, you get pulled into a prison base, where your ship was captured with you inside it. You attempt to hack into the alien base using the supercomputer on board your starship. It releases the cargo bay doors and you fly for freedom. - That was until the aliens spotted you. Now they are out to stop you.

Not only do you have an escape mission. You also have a big battle for survival in your hands.

Your mission is to help guide your Cruiser-X 79 escape from being captured and destroyed by the aliens and reach safely to your headquarters base and send out a distress signal to the Interspace Legion. Unfortunately, your mission will not be all that easy. You have entered a war zone. The aliens accept nothing, unless you are destroyed.

Fly through 16 levels, of alien territory, and fight the aliens.

Warning... These aliens will fight back by dropping lasers downwards. Be very careful not to bump into the aliens, or high structures on each base. It will cost you destruction. After the ship gets destroyed, it will be repaired and working once again. If your ship is destroyed too many times, then you will be doomed forever.

During your fight, there's cargo which you can steal, that will help you slightly through your battle. The cargo awards you different power ups. These are as follows:

B = Smart bomb. You can only carry three of those, the bomb icon will appear on screen. Holding down the fire button for a short time will activate it.

You can also attack the enemy bases by shooting at some of the buildings, which will destroy them.

Can you save your people, by attacking all 16 alien bases and winning the war against the aliens. Or will you face death?

Good luck. You will need it!

Use a joystick in port 2.  (Use number pad keys if playing web version)

Back Arrow (While paused): Abort game

(C) 2022 The New Dimension
Screenshots may subject to change during project / after game project has finished.

Download the files like normal, and then copy them to your specified directory and load the games up in VICE, CCS64, theC64 MINI, Ultimate 64, 1541 Ultimate or where equivalent. You can easily restart the files by triggering an AUTO-RUN. Otherwise, if using a stock C64. Use

TAPE:
Press SHIFT+RUN/STOP, press play and you're ready to go.

On the TND intro, for the playable demos, just press SPACEBAR and the main program will decrunch and run.

Reply
Richard of TND56 days ago

Thank you, but Hugues has updated it and made it look even better ;)

Reply
Richard of TND50 days ago

Thank you. I am sure Hugues appreciates that ;)

Hello Richard. I bought ZZAP64 ISSUE 8 and there is CRUISER X 79. Is it in full version or demo?

Reply
Richard of TND176 days ago

It is a playable demo. The full game is still in production. Release date aims to be December. Although it is likely the game will be finished before December.

Better than ever ! Good !

P.S.: Spelled the title wrong in the vid...shame on me

Reply
Richard of TND184 days ago

Thank you for your kind words and review. I'm glad you are looking forward to the full game. Like promised, the game will be a free download on this site. Possibly around about December 2022, if all goes well, possibly sooner.

I hope to add some additional options to the title screen that can ease the game play a bit. Like amount of credits to continue a level, and also auto firing mode on/off. There is no autofire in the preview because I wanted to make it compatible with RGL's theC64. Holding fire on the joystick will trigger the smart bomb (if carried). That will take place after all 16 levels are finished.

Reply
Richard of TND184 days ago

This project has been very active over the past two/three months. I am past the half way mark with the levels. Planned release date for the final release intends to be December 2022 if all goes well.

It's March! Any Update Yet?

Saw a post on Lemon64 forums, did try signing up but after 3 days and a few days trying resend activation email i gave up.

The reason i changed the music on "U-Type" was because i did not notice that the tune was from this unreleased Game and i felt bad for using it.

This Game is looking good, so good luck with getting it finished.

Reply
Richard of TND286 days ago

Awesome preview !!! When the final work?? Thanks a lot.

Reply
Richard of TND1 year ago

It has been slow, and there was bad news with it earlier on this year (A blog post will be coming shortly) but I am aiming to get this game finished later on this year. Despite losing all of my data about 4 weeks ago, I managed to pick up the pieces and put the jigsaw together.

Thanks Richard for your sincere response and above all for all your efforts for the whole Commodore Community.

Project is back in operation. It was stalled for some time, due to missing graphics. Nothing else came on the graphics front since the playable demos. So I have decided to continue the project by designing the levels myself using the existing graphics, and also making some tweaks to the background characters and tiles - in order to make levels look a tad-different - although a same concept in in the demo. 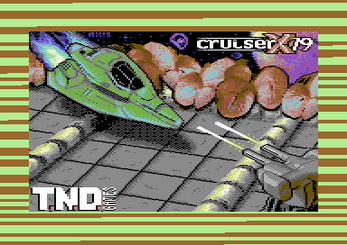 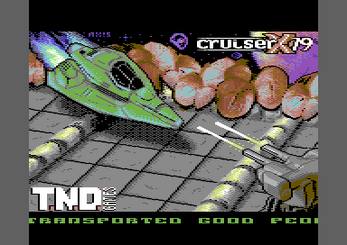 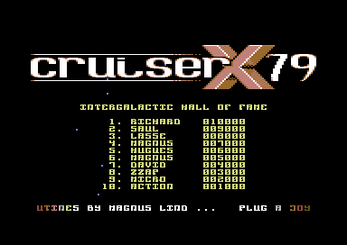 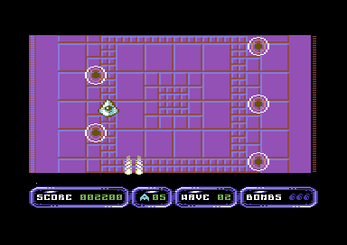 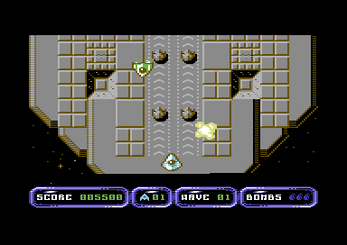 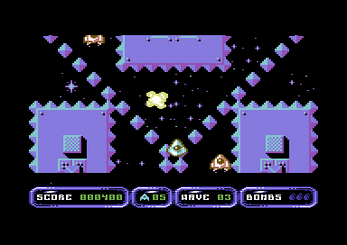 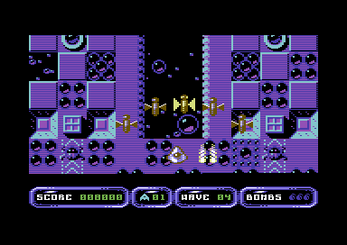