INTRODUCTION
After the success of "Let's Invade" back in 2016. The New Dimension strikes back to bring a sequel to its predecessor. "Let's Invade 2".  A game, which has been specially produced for the RGCD 16KB Cartridge Game competition 2019. - A bonus digital Disk + Tape version is also to be released on the same date.

This is a Space Invaders style game, featuring 40 levels inside a 4 way scrolling void. Also featuring SID melodic trance music all the way through. Unless of course you choose in game sound effects instead - which the background flashes to the alien movement (unless disabled).

This game also features random power ups where either the player, or the aliens take advantage. Some power ups can be helpful to the player, but  some can also be pretty much cruel. Just watch out for the all new bullet shower and alien shield. There's also the brand new feature close encounter, in which can be quite rewarding.

THE STORY
Back in 2116, planet Earth fought against a massive elite of alien invaders and the planet was saved. Unfortunately however, the alien mother ship managed to escape. There was no trace of it for a very long time.

Fast forward to 2 and a half years later, the mother ship returns and the aliens are back, this time in a different form. They are even tougher than ever, with more powerful bombs. Earth has also been thrown into a giant void once again.

The planet is in turmoil. Fleets of Invaders start screaming down towards the Earth's surface... - But their movement behavior is different. They are Ready to wipe out all life on Planet Earth, so that they can make the planet their new home.

Only one tough warrior can attempt to save the planet... and that is YOU!

LET'S INVADE 2 consists of in game flashing/strobe effects, to fit with the in game trance music, sound effects and psychedelic nature of this game. This effect may be unsuitable for some gamers. If you are too sensitive to strobe flashing, or suffer from a condition such as epilepsy. Select the option to switch off the flashing effects before playing the game. Or avoid  playing this game.

Also, to make viewing of the video. The video featured linked to this page doesn't feature the trance flashing effects during game play.

Please also note that: Loading picture is NOT included in 16KB cartridge release.

Download and extract the zip archive to your chosen folder. Then transfer the game files to your micro SD-Card (or USB stick plugged in to your PC. Place in to the 1541Ultimate, or Ultimate 64 and select RUN CARTRIDGE (For the 16KB cartridge compo version), RUN DISK. (Or RUN TAPE) (Which is basically the 16KB cartridge version of the game, with a loading picture - and on disk release, a hi-score saver).

theC64 mini users can also join in the fun, simply by running the .D64 or .TAP image from the USB menu. The game's folder also has a set .cjm file, in order to set the screen vertical position to make the score panel visible and also enable true drive mode for the IRQ disk loader to work.

THIS GAME IS PAL+NTSC COMPATIBLE  and best played on a C64, C64C, Ultimate 64 or any C64 related PC software that can handle a 50hz frame rate.

I really enjoy Let's Invade and was pleased to see a part two.  It's an excellent continuation on the original, but there are a couple things that keep it from being as good as the original (in my opinion).

First thing I noticed is that the fire control is hit and miss, that is, the gun doesn't fire all the time when it should.  I'll pause, line up my shot, press the fire button, and nothing happens.  I miss my shot.  This doesn't happen in the original.  I've tried playing the game on my real C128, VICE emulator and C64Mini, all with the same results.

Secondly, the strobing background graphics in Let's Invade 2 are a little too compact for me.  In Let's Invade 1, the designs leave enough black space to see the game action without too much difficulty.  In part 2, I have to turn off the strobe effect in order to see the game action comfortably.  The more intricate background patterns interfere a little to much for me.

Apart from these two minor issues, Let's Invade 2 is an entertaining sequel! 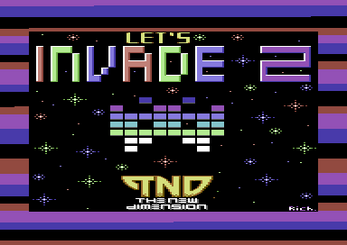 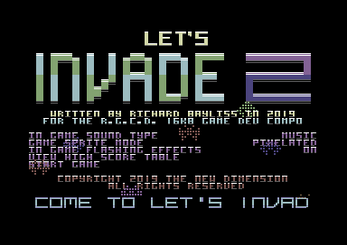 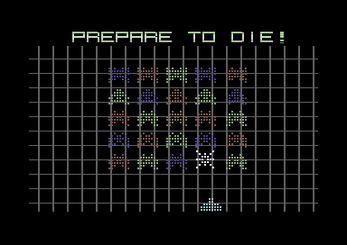 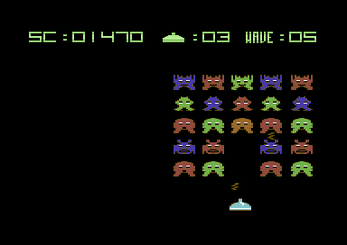 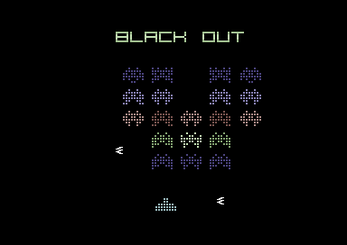 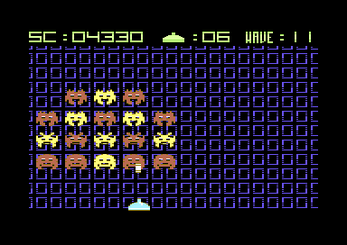 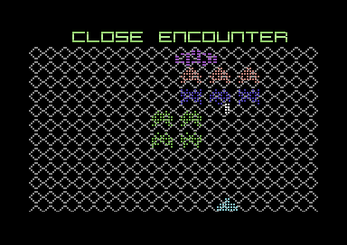 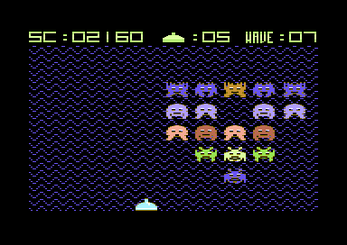