Back in 2018, it was made as a playable 4K game compo entry for Reset's Craptastic. Now nearly 2 years later, Toxic becomes a full quality game for the C64. Now Featuring:

- Title/Loading multicolour bitmap
- Full front end presentation with hi-score table
- Plenty of atmospheric music to fit the game
- High score attack. Basically score as many points as you can to reach a place in the hi-score table.
- Compatible on PAL/NTSC and theC64

Your task is to clear toxic slime. This is achieved by spraying the slime with decontamination fluid.

WARNING: Your back mounted tank can only carry a limited amount of decontamination fluid at any one time. Should your tank run dry, you will need to refill the tank at the refill point located at center of screen.

To aid your mission, a geiger counter displays levels of radiation in the form of 5 colours: green, blue, yellow orange, red.
The idea is to keep radiation levels to a minimum (green) by clearing toxic slime. Failure to keep on top of the toxic situation will result in radiation levels rising. This is shown in the form of an arrow located on the geiger counter. Should the arrow point towards red, which is extraordinarily dangerous for humans, the player will face impending death.

Download the Zip file, and extract the folder to your PC and copy to a USB stick to play on theC64 mini or full size or Commodore 64 with 1541Ultimate 2,  an Ultimate 64. If you don't have any of these machines, you can still join in the fun by downloading VICE (http://vice-emu.sourceforge.net/). Have fun!

Fantastic! I'll try it on the Maxi soon. Thank you! :) 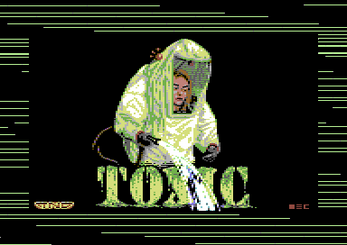 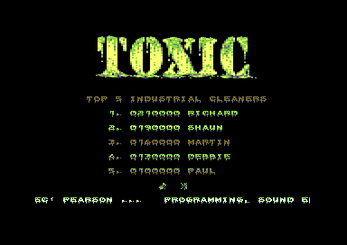 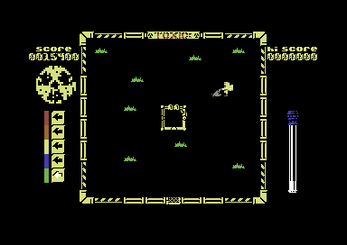