Back in 2015, this game was submitted to the RGCD 16KB cartridge.  Later in 2017. It finally got made into a proper full release. The New Dimension is very proud to bring to you the FULL version of Vortex Crystals. A sci-fi static screen platform shoot 'em up for the Commodore 64. Featuring 16 levels of alien blasting.

It is the future. Scientists have discovered a form of energy crystals on the planet Vektor. These crystals might be able to protect the world from alien invasion. The Vektor crystals have been gathered and transported safely to Earth.

But one of the scientists on board the transport ship was unexpectedly bitten by an alien – and he himself then mutated into a humanoid alien.

On Earth, a huge complex of 16 floors was built to store the crystals. They were protected by security forces. Later, an alien mothership appeared above this Vortex Complex and a slimy green alien took over the security system. Aliens then beamed into each chamber to guard the crystals... So that an invasion can take place.

The Prime Minister, Ed Master, has called for your help. You don a protective black suit, and arm yourself with a powerful laser. You grab a swipe card and enter the building. You realise that the building is not how it was before – considering that it is now infested with aliens. Trigger happy, you are happy for action and have an appetite of destruction at last!

Download and extract the zip archive to your chosen folder. Then transfer the game files to your micro SD-Card (or USB stick. Place in to the 1541Ultimate, or Ultimate 64 and select RUN DISK. (Or RUN TAPE).

theC64 mini users can also join in the fun, simply by running the .D64 from the USB menu, but make sure true drive emulation is set.

such a great game and unbelievably good for free. 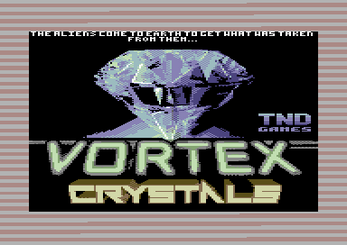 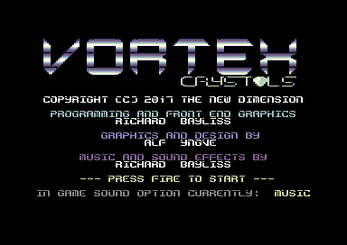 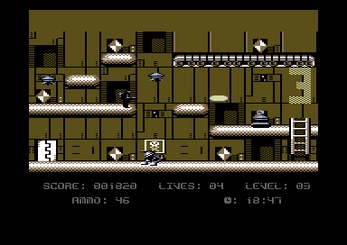 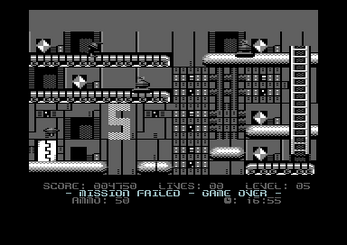