This video also consists of the flashing effects, it is advised that you do not watch it on full screen.

The New Dimension is very proud to present to you the final full version of what was originally a 4KB game creation. Due to the limitations of 4K, various in game elements were missing. So now a special deluxe edition of the game is finished and consists of the following :

A pink mother-ship from outer-space has landed above the Earth's surface. A force-field has been activated to keep it away from us. However the force-field is useless. The little blighter has other ideas. It starts launching assorted aliens at random under the force-field, so that it can destroy Earth's territory.

Your mission is to control a fighter aircraft and do battle against the aliens. You must defend your territory from being destroyed by the beamed aliens by blasting the aliens. If that wasn't bad enough, the mother-ship will attempt to fire lazers. The lazers will not penetrate your territory, but they are still lethal. At the end of the day you don't want to get yourself zzapped in the butt! You will have a set time limit (Approximately 60 seconds) to battle each wave against the aliens. Watch out though. The higher the level, the harder the game will get. To make matters worse, you have 32 levels before you have successfully completed your mission and saved the world. This may be hard but every time you save all of your territory at the end of each level, you will be awarded an extra life. The game is over if you lose all of your lives, or your territory is completely destroyed.

Can you same Planet Earth, or will it be too late?

After downloading, extract the zip archive to your SD Card or USB stick and run the program on your theC64, Ultimate 64, or 1541Ultimate 2+, SDIEC devices on your Commodore 64. If you have no C64. You can easily play this game using VICE, CCS64 or HOXs 64 on your PC or Tablet. Have fun

This game works on PAL and NTSC machines on the C64 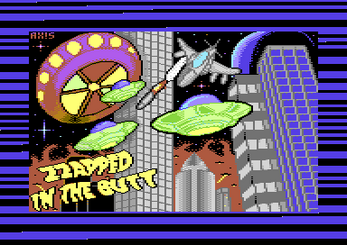 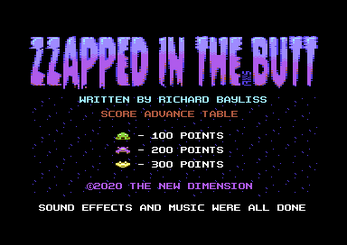 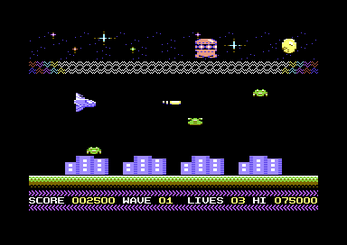 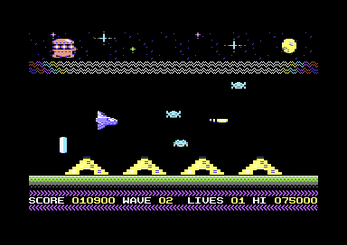