A downloadable game for Windows, macOS, Linux, and Android

This is the second Unity game development project, which was made as part of learning through a specific Unity 3D create with code programming course (Lab session). It is a port of the C64 4KB Craptastic compo called Zzapped in the Butt.

The online Unity HTML5 version (V1.0) of this game can be found at:
https://simmer.io/@richard_tnd64/zzapped-in-the-butt

Current build of PC, MAC and LINUX and ANDROID executable is V1.3

Where a few improvements added to the game are:

A pink mother ship has just approached planet Earth and is ready to take over your home planet. Earth engages a force field to keep the alien out. However the alien has other ideas. Alien ships are beamed out of the mother ship and are heading towards the cities. Luckily your help is at hand.

Your mission is to patrol a fighter and blast wave after wave of the tumbling alien ships. They cannot shoot, but they can destroy the cities. You must defend those cities. Each alien has a different scoring value, according to the alien type that approaches the city.

For every level complete, a bonus will be added according to the number of cities that have been saved. After each level is complete. The cities are rebuilt and you will face a harder stage.

Watch out for the pink mothership's laser, because at the end of the day, you do not want to be ZZAPPED IN THE BUTT!.

How far can you get? Can you save Planet Earth?

Although this game is considered to be free software, and written for fun as a learning curve to programming with Unity 3D (I'm still learning). There are still restrictions regarding copying this production.

This production is not allowed to be sold on any form of  physical/digital media in any market place, etc without written permission from the game author.

Download the Zip archive. You might want to scan zip archive with your security software before extracting. Extract all of the files in to a specific folder you wish to place the game. Run the program by double-clicking Zzapped in the Butt.

The game will run in full screen mode, but the screen resolution is resized to 600x900 (As the game should be).

Download the Android apk app to your PC. Connect your android phone or tablet to your PC via USB. Ensure your phone or tablet has been updated to allow file transfer, instead of battery charging. Use a file manager to locate the application and then install on to your phone.

Alternatively you could just download the .apk application from this web site on to your Android tablet or phone.

I got a chance to play your game and it looks like a homage of the 1980s arcade games. Mostly it looks like a combination of the game Defender meets Space Invader. However, there are a few suggestions that I spot that could be a problem. First keep the background still because the spinning lights can be either distraction or straining on the eyes. Maybe replace it with non-moving twinkle stars in the background with a streaking shooting star that appear randomly, but rare in the background. Next include a timer to create goal and stakes to the game play. Finally, include a weapon upgrade like twin laser. I hope that these suggestions would help improve your game.

Reply
Richard of TND355 days ago

Thank you for your constructive feedback. I'm still a beginner with Unity, but with additional suggestions and ideas like this. I can hopefully upgrade this game now and then with other suggestions/improvements. Thumbs up :) 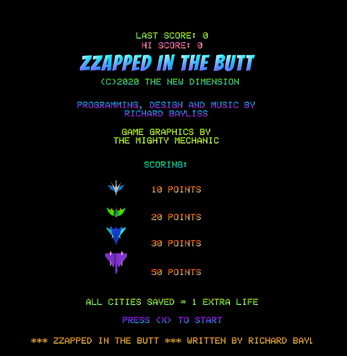 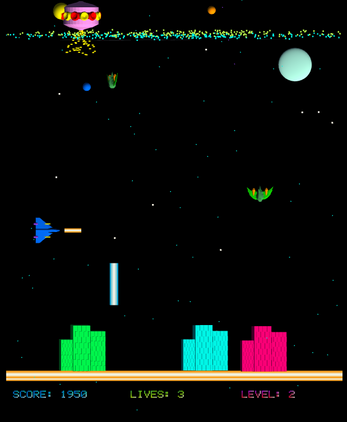 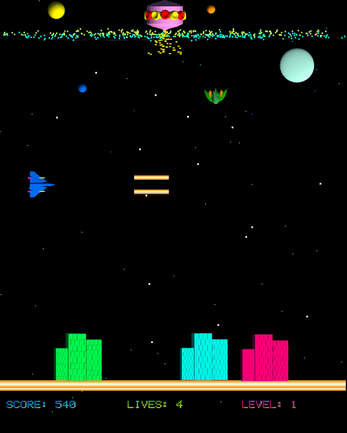 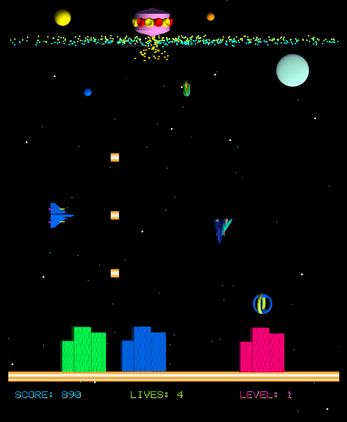